The Sea-Blue Birthstone of March: Aquamarine

by nelleandlizzy on March 1, 2017 in Miscellaneous • 0 Comments

Aquamarine, often called “the gem of the sea”, is the birthstone for this month. The blue-green stone has been a favorite among jewelry wearers for centuries, especially for March babies. Read on to learn more about aquamarine’s history and significance:

Did you know that aquamarine and emerald are actually the same gem? It may seem surprising given that they’re so different in color, but both are forms of mineral beryl! Pure beryl has no color, but it’s often found in nature tinted different shades. Other forms of beryl can be orange, yellow, or even pink, when it is called morganite. Aquamarine is most frequently found in Sri Lanka and Brazil, but it’s also mined in some areas of the United States, like Wyoming and central Colorado.

Just like the calm water its color mirrors, the gem is thought to bring peace and serenity to its wearer. Some say it is cleansing and brings good luck to relationships.

Throughout history, aquamarine was prized for many reasons. Ancient Romans and Greeks gave aquamarines to sailors and fishermen, as they believed it would protect them from harsh storms at sea. In the middle ages, aquamarine was used by fortune tellers and magicians as a way to see into the future and reveal divine messages. Aquamarine might not actually protect you from bad weather or help you have mystic powers, but it’s definitely pretty to look at!

Besides being the birthstone for March, aquamarine is also the gem for 19th wedding anniversaries. It’s also been used by royal families across the world. In fact, it’s a favorite of Queen Elizabeth II of England! For her coronation in the 1950s, she received an elegant aquamarine jewelry set from the Brazilian people. Queen Elizabeth liked it so much that she not only still wears it today, but also added to the set by commissioning her own aquamarine tiara.

We may not have the splendor of the queen at Nelle & Lizzy, but we still love birthstone jewelry! If you have a child or a loved one who was born in March, add a birthstone ring to your collection to represent them. Or shop our birthstone necklaces, bracelets, and more!

Have you fallen in love with aquamarine yet? If you want to see more, check out our newest Pinterest board for the March birthstone! 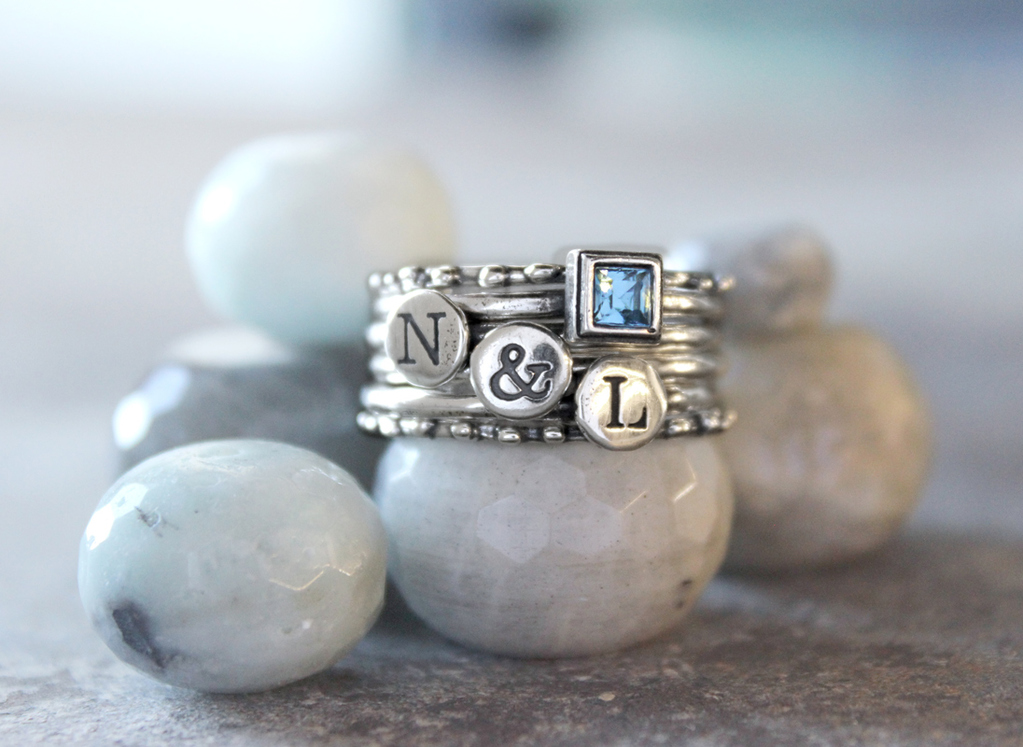 ← 7 Great Parenting Tips for New Moms
What Inspires You Giveaway →